A ‘Don Bosco Global Youth Film Festival’ was held on 18th and 19th November 2021 at Don Bosco College, Tura. DBGYFF is a Salesian festival of cinematography of global import, a unique project of its kind for youth involvement at a global level through the development of short films, in a major initiative of youth leadership, artistic and value sharing.

Fr. Bivan Rodriques Mukhim, Principal wished that some of the short film inspire the students to be creative in their thinking to undertake the same initiative that was undertaken by the young people who produces those short movies. He also said that the movies should inspire and transform the thinking of the students.

This festival, represents, a communication proposal from an educational and pastoral perspective, a way of being actively present in the digital world with a clear Salesian identity. It also encourages an educative and creative dialogue for the evangelisation of youth in their digital habitat, fosters youthful proactivity in building a better world and develops cooperative strategies between Salesians and young people at both local and global level.

All together there are 110 Shortlisted entries for the screening on both the days. The festival was held simultaneously in 135 countries when Don Bosco Society is working. 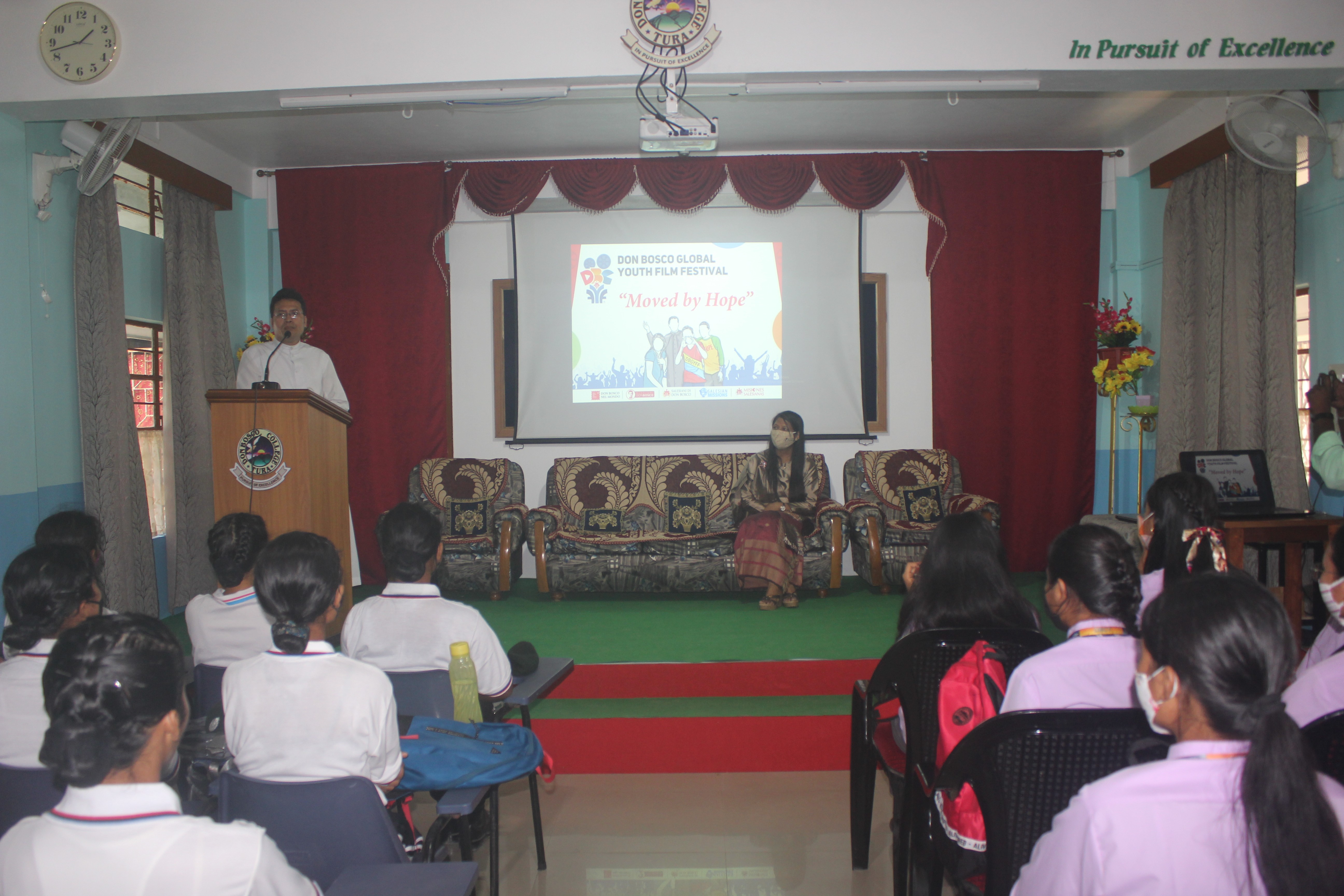