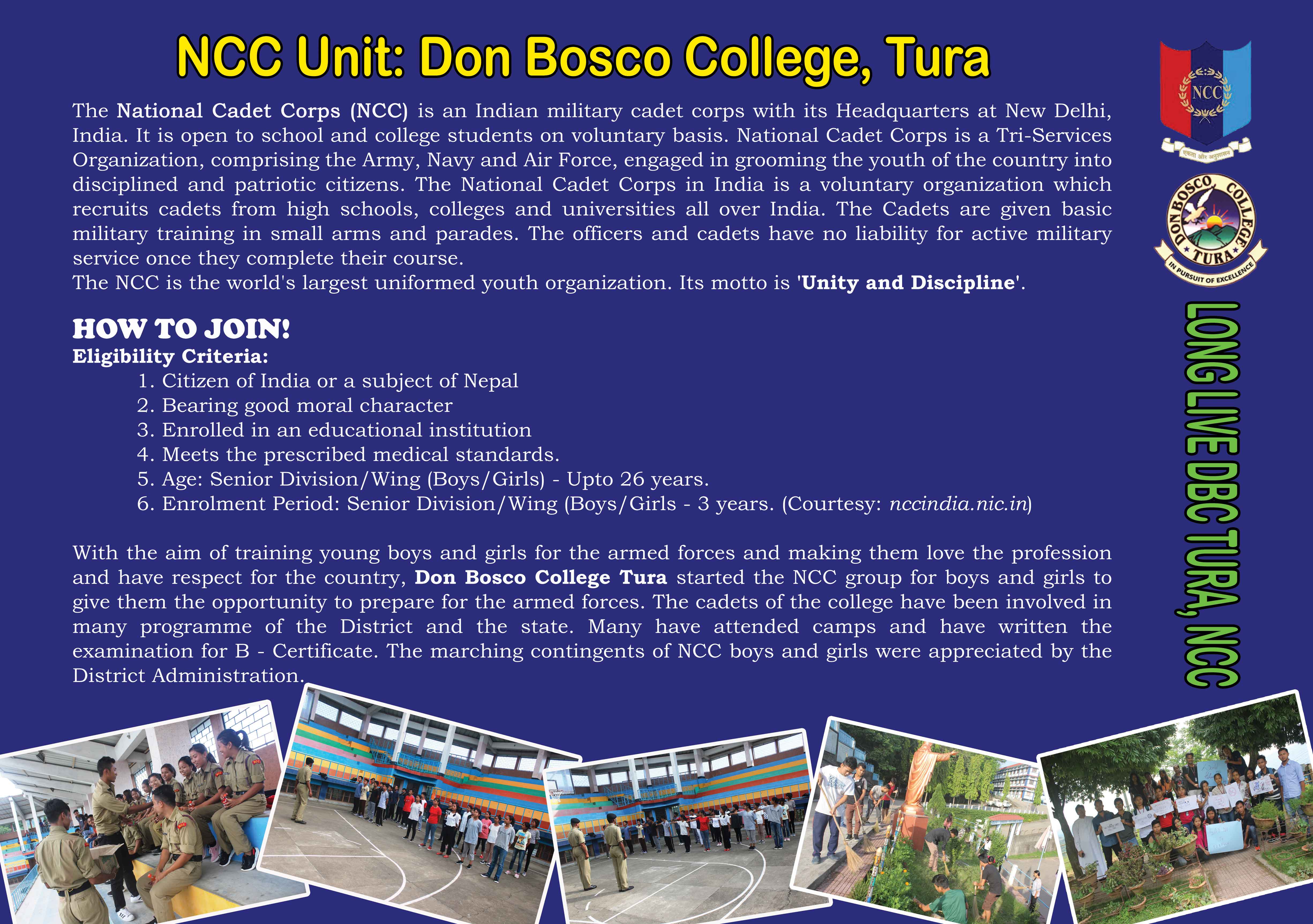 The National Cadet Corps (NCC) is the Indian military cadet corps with its Headquarters at New Delhi, India. National Cadet Corps is a tri-services organization, comprising of the Army, Navy and Air Force, engaged in grooming the youth of the country into disciplined and patriotic citizens. The National Cadet Corps in India is a voluntary organization which recruits cadets from high schools, colleges and universities. The Cadets are given basic military training in small arms and parades. The officers and cadets have no liability for active military service once they complete their course but are given preference over other candidates on the basis of achievements in the corps.

NCC was first started in 1666 in Germany. The NCC in India was formed with the National Cadet Corps Act of 1948. It was raised on 15 July 1948. The origin of NCC can be traced back to the ‘University Corps’, which was created under the Indian Defence Act 1917, with the objective to make up the shortage of the Army. In 1920, when the Indian Territorial Act was passed, the ‘University Corps’ was replaced by the University Training Corps (UTC). The aim was to raise the status of the UTC and make it more attractive to the youth. The motto of NCC is 'Unity & Discipline' which was adopted on 23 Dec 1957. The tricolor NCC flag depicts the three services in the Corps, red for Army, deep blue for Navy and light blue for the Air Force.