Don Bosco College Tura has been awarded by the Mahatma Gandhi National Council of Rural Education under the aegis of the Department of Higher Education, Ministry of Education, Government of India "One District One Green Champion" Award for Swachhta Action Plan 2020-2021.

Only two colleges were selected from the State of Meghalaya St. Edmund’s College for East Khasi Hills District and Don Bosco College, Tura for West Garo Hills District. Altogether 400 colleges from the country were awarded by the ministry.

The Deputy Commissioner of West Garo Hills, Meghalaya Shri Ram Singh IAS handed over the citation to the Principal of Don Bosco College, Tura Rev Fr. Bivan Rodriques Mukhim SDB in an online webinar organised by the Mahatma Gandhi National Council of Rural Education, Department of Higher Education, Ministry of Education. The webinar was attended by the Principals of Colleges and Schools of West Garo Hills.

Speaking on the occasion, the Chief Guest Shri Ram Singh IAS appreciated MGNCRE, Ministry of Education for setting up the District Green Champion, recognizing the Green efforts of colleges and schools all over the country. He appreciated the efforts of educational institutions that organised programmes in their respective institutions for a green and clean campus. He congratulated the Don Bosco College, Tura for receiving the District Green Champion and said that the Don Bosco College deserve the award because of the effort they undertook to keep their campus clean and imbibing in the students the need to do so.

He commended on the effort of the college who adopted villages and sending their students to undertake programmes in those areas. He however said that there are still lots of efforts to be put in to make the adopted villages and help them become self sufficient in many ways.

He called upon all those present in the webinar to join hand and come together to address the most important aspect of maintaining clean and green surroundings. He said that it is possible for head of institutions to come up with collected efforts from all stakeholders to work towards a greener campus.

He handed the District Green Champion Certificate to the Principal of Don Bosco College, Tura.

Dr V Ravinder Ravi, MGNCRE Hyderabad congratulated Don Bosco College Tura, the recipient of the award and wish that other colleges and schools of West Garo Hills District of Meghalaya also take part in the swachhta action plan. He welcomes the Deputy Commissioner and thanked him for his availability to be part of the programme.

Principal of Don Bosco College, Tura presented the Swachhta Action Plan of the college. He highlighted the future plans of the college. One of the main thrust that the college wanted to do is to take forward the swachhta programme in the adopted villages. He informed that the college completed the External Green Audit undertaken by the Meghalaya State Pollution Control Board (MPCB), Shillong. The Green Club of the College under the chairmanship of Dr. Lilybell Ch. Marak and Dr. Sabindra Barman, Coordinator of Unnat Bharat Abhiyan (UBA) of the college work really hard to achieve this feat. The constant support of the District Administration particularly of the Deputy Commissioner Sri Ram Singh IAS made this award possible for the District and in particular for Don Bosco College. 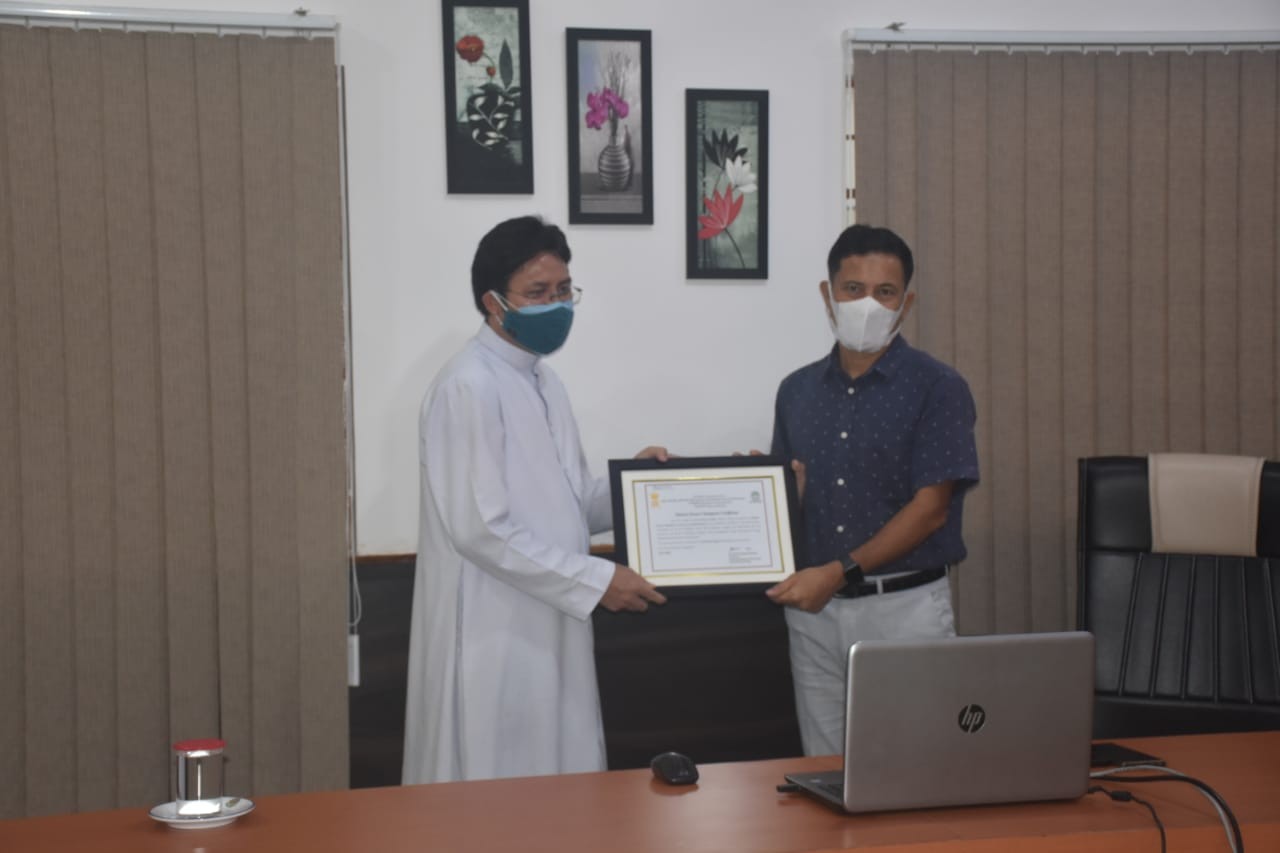