The Red Ribbon Club- Don Bosco College, Tura under the aegis of Meghalaya Aids Control Society celebrated National Youth Day / Vivekananda Jayanti today, the 12th January 2021. The theme of this year’s National Youth Day was Youth for Nation Building and the deliberations were on responsibilities of youth towards nation building woven together with health and life. While Fr. Bivan R. Mukhim, Principal, Don Bosco College Tura and Dr. Barbara S. Sangma, the Red Ribbon Club Nodal Officer of the College harped on youth and the ideals of Swami Vivekananda during the Inaugural function, the main thrust of the National Youth Day was Awareness on HIV & AIDS. The celebration was in two parts: the morning and afternoon sessions.

The Chief Guest of the Morning Session was Dr. Marwin R. Sangma, District Medical and Health Officer, West Garo Hills, Tura and he spoke on the spread of AIDS and the need to contain the malaise. He encouraged the students gathered for the programme that they do a lot to contribute to the over-all development of the country, beginning from creating awareness of HIV & AIDS. The Resource Persons Dr. Rajamoni Marak MD, I/C ICTC and STI/RTI and Nodal Officer ARTC, Tura Civil Hospital gave a comprehensive presentation on HIV & AIDS and Ms. Narbecca Momin, Clinical Psychologist, Tura Civil Hospital also made a presentation on Mental Health with particular reference to HIV & AIDS patients.

The afternoon session was played out through a beautiful concept suggested by Meghalaya Aids Control Society. As a mark of effort to spread awareness about HIV & AIDS the students decorated a tree at William Point, Tura with red ribbons and cards carrying poignant messages signaling a message of solidarity and empathy with those suffering from HIV & AIDS and those who have from it. The Deputy Commissioner, West Garo Hills Shri Ram Singh IAS was the Chief Guest. He spoke on the occasion and left a very pertinent message for the youth to be self-reliant, positive, constructive and to believe in oneself. Later the Deputy Commissioner administered a pledge of National Youth Day and hung the first card on the branch of a tree. 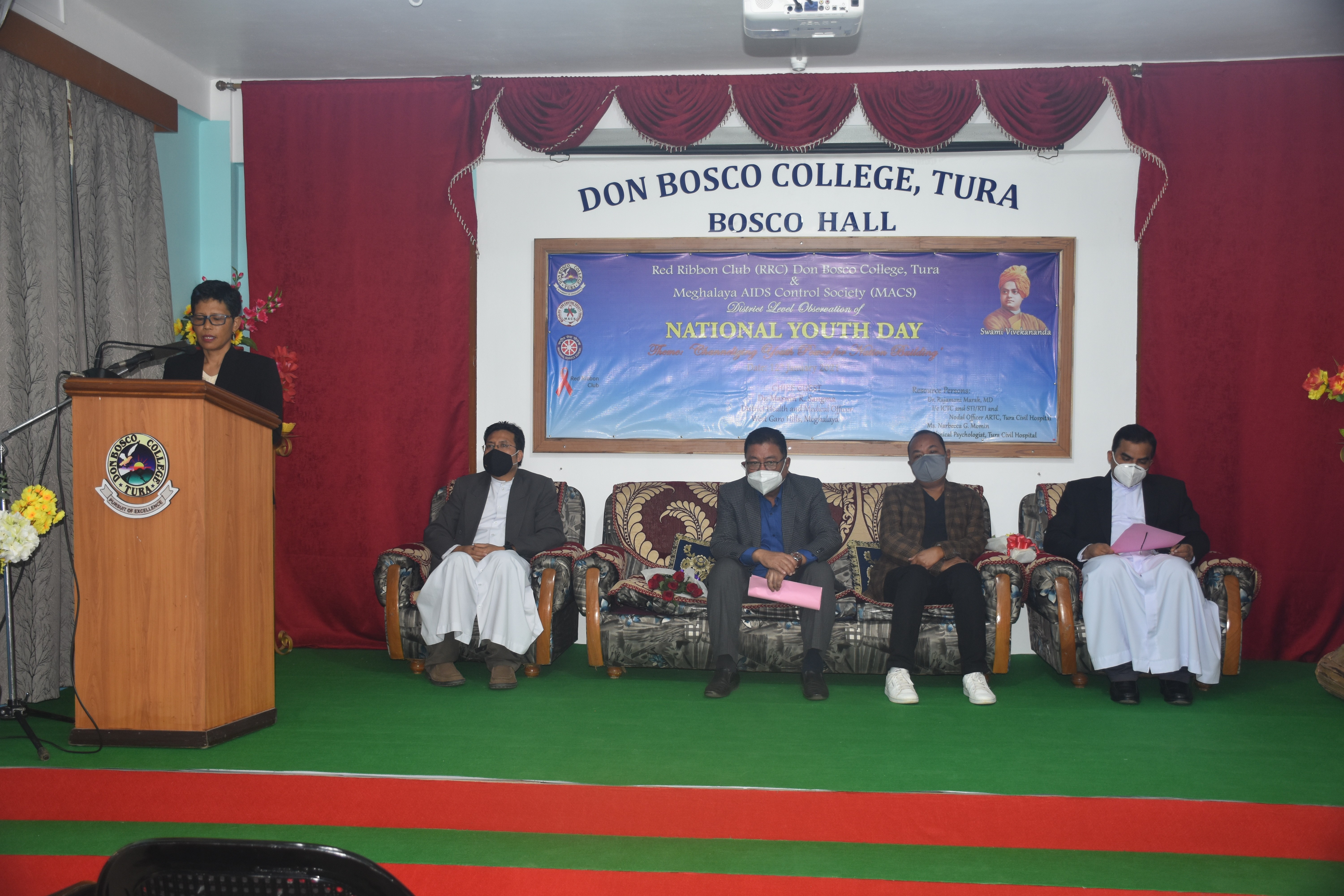